The Norway spruce Picea abies, a conifer native to Southern Scandinavia, the Alps, the Balkans and Russia, was introduced to Britain around 1500. It is now very common in forests, shelter belts, parks and gardens. In Britain it has a lifespan of 200 years and reaches a height of 40 m. It was the traditional Christmas tree and is probably now the commonest ornamental spruce.

The Norway spruce tree has abundant, long, hanging cones, orange shoots with green needles that have white stripes underneath.

In recent years, the Norway spruce has been a popular consideration in woodland management in an effort to preserve the red squirrel population. To make sure there are always seeds available for red squirrels, woodland can be managed to ensure there is a healthy variety in the age of the trees present, as well as providing a variety of tree species on which the red squirrels can feed. They prefer conifers with large seeds, such as larch and Norway spruce, but also live happily in stands of Sitka spruce.

Traditionally, on the first Thursday in December, a huge Christmas tree is lit in London’s Trafalgar Square, radiating its Yuletide joy in all directions. What you might not know, is that the tree has travelled all the way from Nordmarka outside of Oslo in Norway.

The “Dronningen av Skogen” or “Queen of the Forest”, is given in gratitude for Britain’s assistance during the second world war. The King of Norway and his government fled in 1940 as their country was occupied, and it was from London that much of Norway’s resistance movement was organised.

Every year since 1947, a Norway spruce tree has been felled, to be shipped to London and presented as the Trafalgar Square Christmas tree. This year the tree was cut down during a traditional ceremony on Tuesday 16th November. The Lord Mayor of Westminster, councillor Andrew Smith, cut down the tree with help from the Mayor of Oslo, Marianne Borgen.

The 80-year-old tree is 24 metres high. It was brought to the UK by sea, then completed its journey by lorry. A specialist rigging team erects it in the square using a hydraulic crane and then it is decorated in traditional Norwegian fashion, with vertical strings of lights. 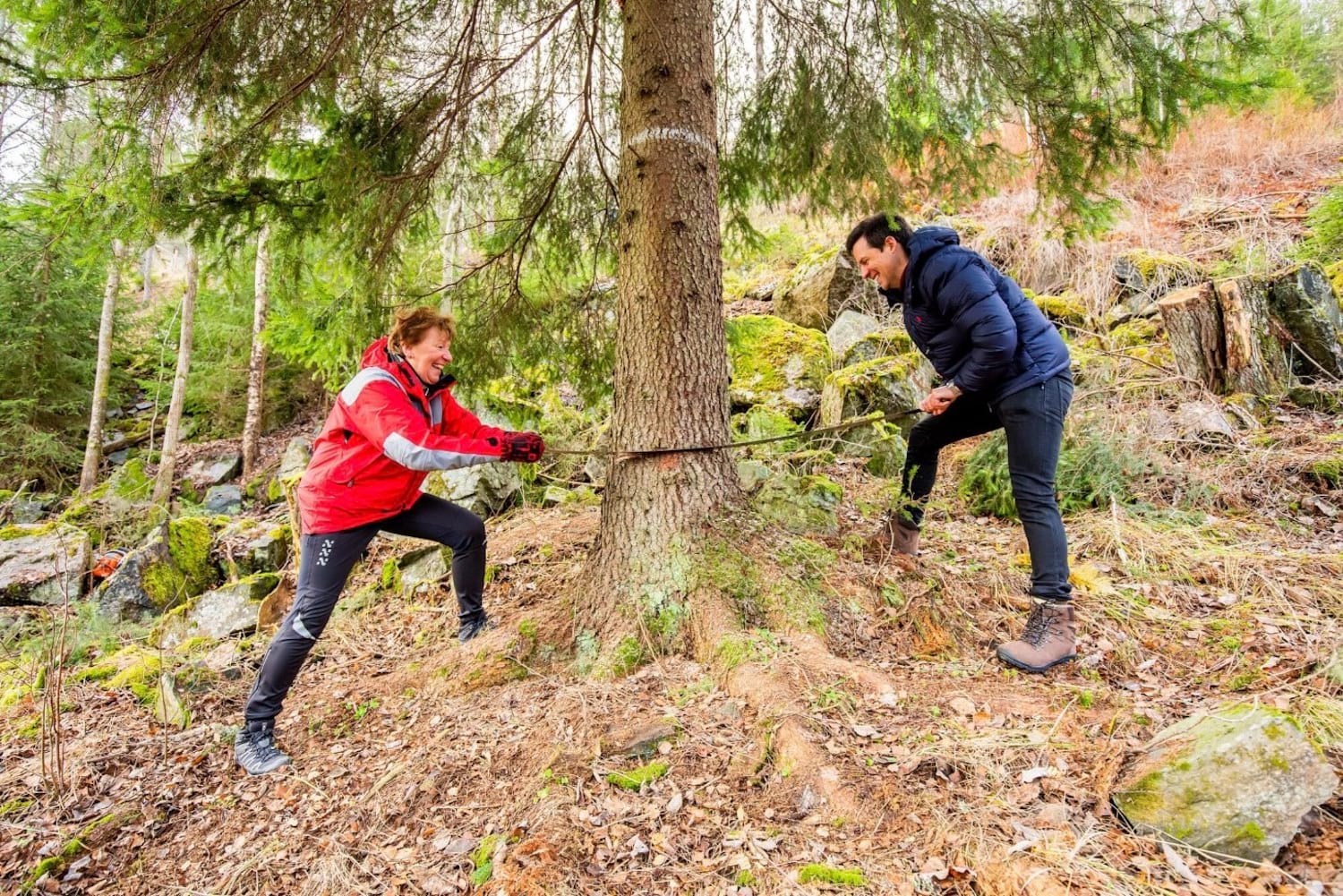 New sustainability film from our partners in Australia