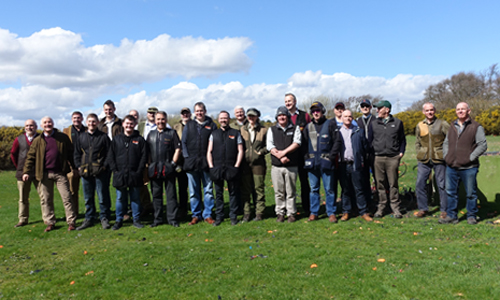 David Turnbull of James Jones, and President of the TTBS Scottish district, commented:

"It's great to see the teams come back each year to help raise money for such a good cause, the timber trade's own charity. Cluny is a great place to have the event as they look after us so well and everyone has a really good day. Not only that, we raised almost £2,000 for the TTBS. Congratulations to Scottish Woodlands on winning the trophy - we look forward to them sponsoring next year's event."