James Jones and Sons Ltd has once again been awarded the Shaw Pallet’s prestigious ‘Supplier of the Year Award’, after a rigorous assessment by the Shaw Pallet purchasing team.

This is the sixth year in a row James Jones has won the title.

The award was given in recognition of the consistently high levels of quality and service delivered throughout 2013 by James Jones.

Stuart Quarmby of Shaw Pallets said of the award:

“We demand a lot from our suppliers and it’s vital for us that they perform to the highest levels. In a year when the competition was very strong, once again James Jones has been able to demonstrate a commitment to meeting our needs that makes them the clear winner”

“A commitment to quality and service is fundamental to the way we do business but it’s always nice when a major customer acknowledges the hard work that goes into making sure things run smoothly. To have won the award six years running is a fantastic achievement for the whole of the team at James Jones.“ 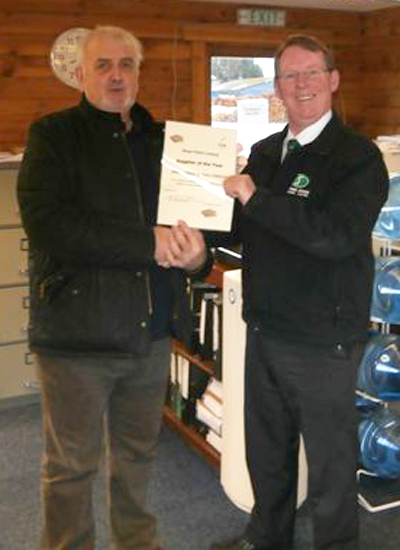