​James Jones and Sons Ltd has won the New Commercial Wood award for its Rig of Airie planting scheme at the Scottish Finest Wood Awards 2018, which was held last week as part of the Royal Highland Show in Edinburgh.

The 365-hectare planting scheme to the east of Galloway Forest Park and close to James Jones’ Stevens Croft sawmill in Lockerbie, was acquired by the company from the Glenlee Estate in April 2016 and work began on the site later that year

The scheme, which was prepared and executed by Scottish Woodlands Ltd, took two years to plan and within the total area nearly 600,000 trees have been planted, 75% comprising various conifer species and 25% native broadleaves. Planting took place over a four-month period with more than 40 people on site at any one time to complete the planting on time. 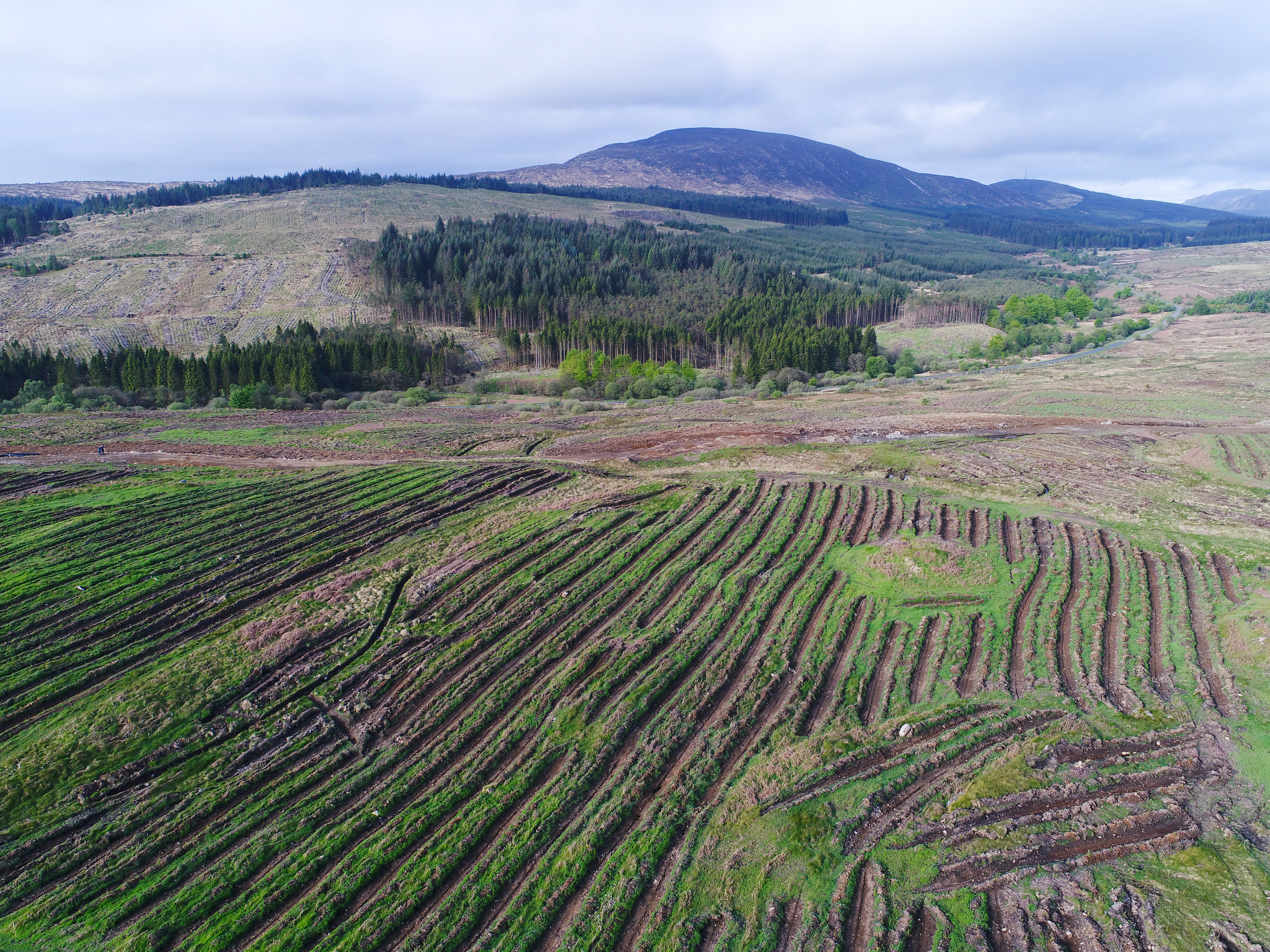 Initial operations in the summer of 2016 saw more than 10 kilometres of deer and rabbit net fencing being erected with a third of this being marked to reduce the risk of bird strikes on the open hill. Cultivation and drainage works began in November 2016 with the planting completed in March 2017.

Due to the area’s popularity with tourists and walkers great care has been taken to landscape the site and carefully zone the commercial planting areas. The forest road, which unusually has been constructed at the time of planting, has been designed to blend into the landscape and will improve public access to the area in the future. Great care was also taken during the planning to protect water courses on the site, with drains being constructed to comply with current forest and water guidelines.

Speaking of the decision to award the Rig of Airie scheme, the judges said: “Everything about this extensive new commercial woodland, its design, implementation and ongoing management, reflects a high level of quality and professionalism. There had clearly been effective collaboration between the owner (James Jones & Sons Ltd) and the managing agents (Scottish Woodlands Ltd) who developed the site. It was obvious that the owner had spared no expense in achieving an exemplar of its type, from the high spec road network built in advance of establishment, to the safeguarding and enhancement of conservation features. It will provide a worthy gateway at one of the entrances to the Galloway Forest Park and in time will produce significant volumes of high quality timber for local markets.” 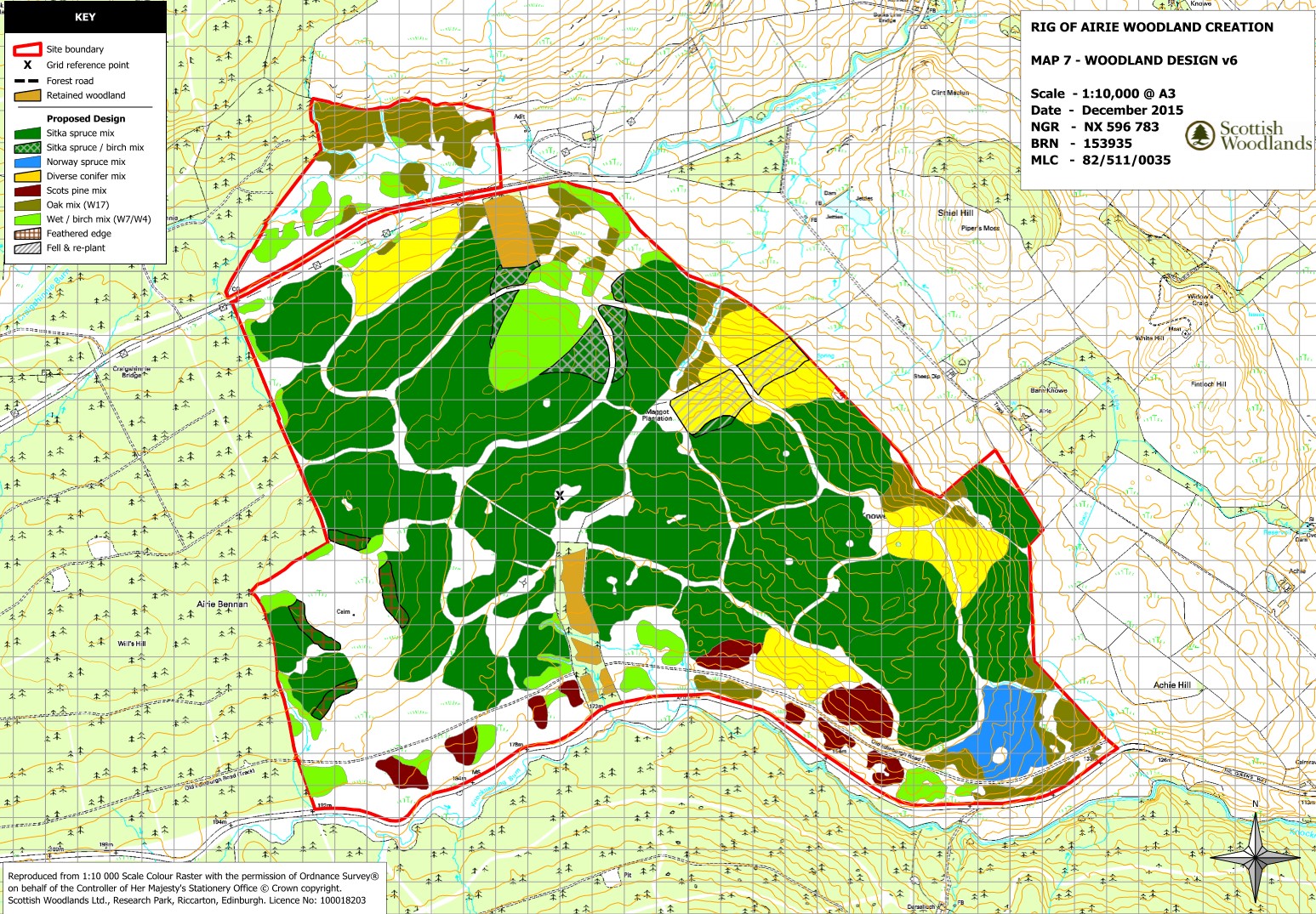 On receiving the award David Leslie said: “The scheme offered the perfect opportunity for James Jones & Sons to put its money where its mouth is in demonstrating their long-term commitment to the forest industry and enhancing much needed UK timber supply in the future. Scottish Woodlands have delivered an exceptional project which will be an exemplar for the company to demonstrate the value of such investments to the rural economy as a whole.”

Patrick Higgins, Senior Forest Manager at Scottish Woodlands, added: "The success of Rig of Airie is as a result of James Jones and Sons’ commitment to the project and of a truly collaborative effort on the part of everyone involved. Rig of Airie demonstrates that we should be talking about ‘forest industry’ rather than ‘forest industries'. The long-term viability and success of our industry requires good communication and a close working relationship between woodland owners, tree nurseries, woodland managers and timber processors as well as with contractors and suppliers. We will continue to work together towards ensuring that Rig of Airie realises its full potential, setting the standard for all our future endeavours."

To see all of the results from this year's Scotland's Finest Woods Awards visit the SFWA website by clicking here. 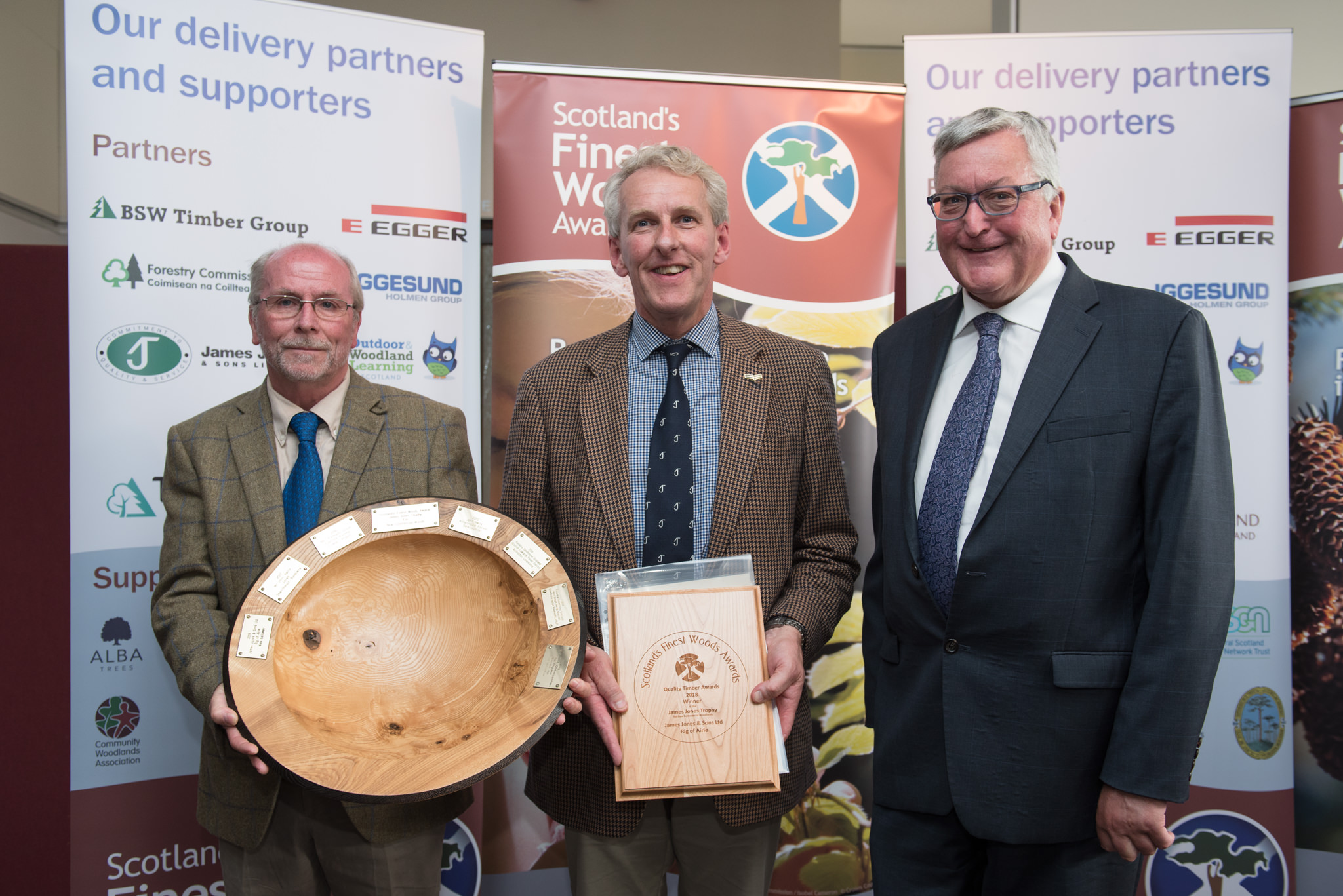