The new assembly line will see the Timber Systems Division of James Jones more than double the annual production capacity of its market-leading JJI-Joist to 20 Million linear metres once the line is fully operational.

The new I-Joist line will also have the ability to manufacture I-Joists up to 13.5 metres in length, while maintaining its 450mm depth as well as additional value adding capabilities.

A contract was placed earlier this year with the world’s leading maker of I-Joist machinery, US-based Globe Machine Manufacturing Co, to supply and install the latest model of its high-speed automated line at Forres. 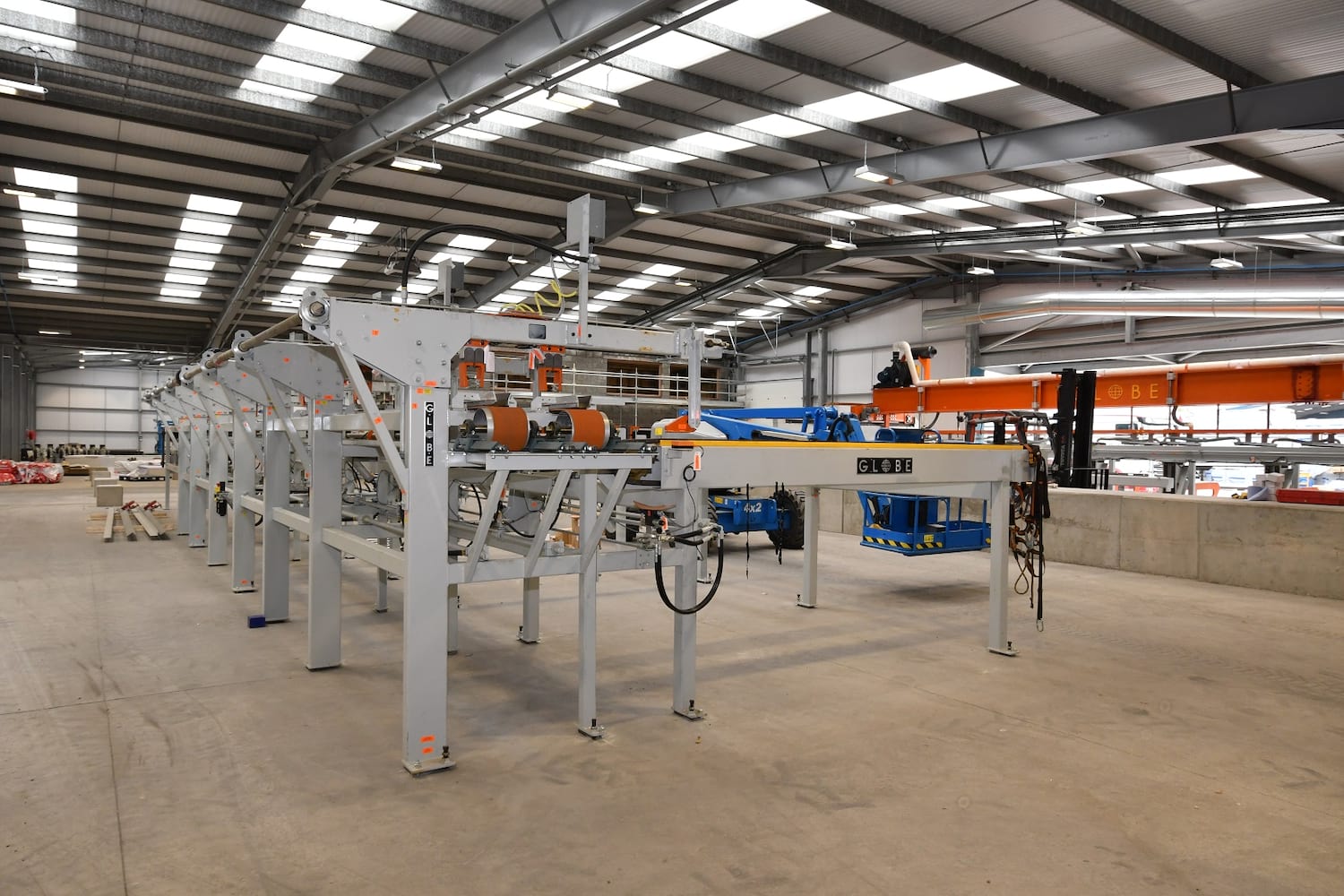 James Jones’ investment of £8.5 Million will not only significantly increase JJI-Joist production capacity, and is in addition to the £4.5 Million installation of the new finger-jointing line at Forres in 2015.

“The fact that we are British owned and managed, with the most modern I Joist production facilities in Europe should provide the UK’s housebuilders with the confidence they require to not only meet the UK housing demand, but also to negate any impact Brexit, in whatever form, will bring.

The construction phase at Forres has gone very smoothly, our architect and contractor teams have delivered on all of their promises and all the necessary mechanical and electrical services are now in the new building. The containers from the US are starting to arrive and we anticipate commissioning and production will take place in Q1 2019.”

An 'I' on Innovation

A potential barrier in the road to reaching net zero targets