Scotland celebrated the success of forestry in Scotland which now contributes almost £1 billion a year to the Scottish economy.

At a reception held at the Scottish Parliament last week, on 27th January, Forestry Commission Scotland celebrated the success of forestry in Scotland which now contributes almost £1 billion a year to the Scottish economy. Of this, £771 Million comes from forestry and timber processing - growing, harvesting and sawmilling timber - and where James Jones & Sons Ltd plays a major role. 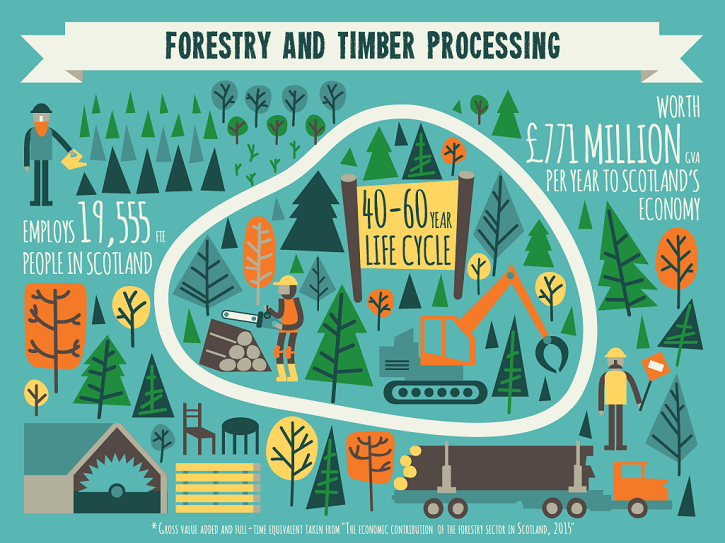 The figures come from a report commissioned by the Commission, and published late last year, which highlights the impact of what is often seen as an unheralded but very significant part of Scotland's economy.

The Commission also made a short animated film highlighting the key findings of the report to show at the reception, along with James Jones' own 'Tree to Timber' video.