The company has signed an agreement with Conception R.P. Inc of Quebec, Canada to supply and commission a new, state-of- the-art finger jointing line during 2014.

“Having acquired some additional, adjacent land to our site in October 2013 we have now started to push ahead with the first phase of a major capital investment programme. As a result of a surge in orders in the second half of 2013 and the first few months of 2014, we are expanding our JJI-Joist production capacities substantially with this new line. We have been encouraged by the financial reporting and forecasts made by the UK house building sector, and we are confident that the timing is right to invest now to meet the sector’s demand in the next few years.” 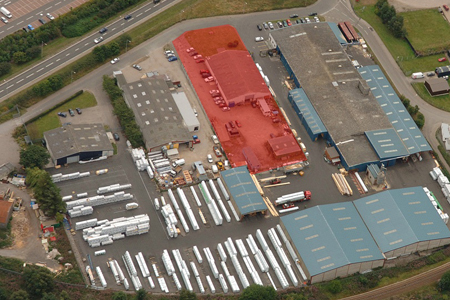 The total expenditure on the project is expected to be in the region of £4.5 Million, and includes the finger jointing line, new buildings, yard improvements, a biomass boiler and a new dust extraction system.

Conception R.P. Inc was chosen by James Jones after extensive investigations and due diligence on the latest finger jointing technologies and Richard Tremblay, President of Conception, said:

“James Jones & Sons Ltd is the largest manufacturer and supplier of I-Joists in the UK, and we are delighted to have been chosen from a very strong field of manufacturers of bespoke finger jointing lines. This represents our first major project in the UK, and we are very impressed by the scale and ambition of the Timber Systems Division. The line includes the latest in scanning and finger jointing techniques, and incorporates high speed planing and pressing.”

Work on the site is already underway with one of the old buildings being demolished to make way for the new finger jointing hall. 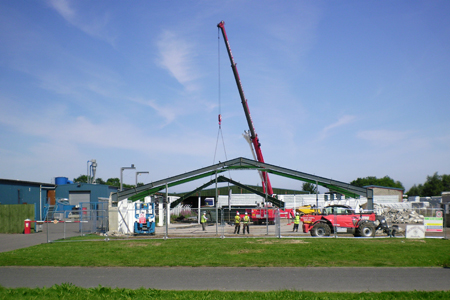